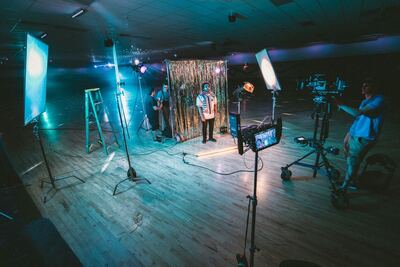 WHY TO MAKE SHORT FILMS?

The trend of short-films is soaring high these days. In fact, not just indie filmmakers, but even the well-established ones are opting for the ‘shorts’ – a concept which is being increasingly appreciated by the young social-media savvy generation.

So, today in our blog we are trying to explore the role of short films and why to make a short film after all?

Talent is often found in the posh and swanky skyscraper buildings but talent also grows in the narrow and noisy lanes of a small village. It’s true that there’s no dearth of amazing talent on our planet but there’s definitely dearth of resources to bring that talent out in front. However, the concept of short films has opened the doors for numerous opportunities for people from modest backgrounds too, to bring out their talent in front of the large audience. In just a five minute short-film, a filmmaker can show his brilliance, which if gets noticed, can land him full feature film opportunities easily. So, start small, start with a short film!

The Proof of Concept:

Sometimes filmmakers opt for the shorter film format which is in fact related to their full feature film screenplay that they’ve written. The purpose is often to demonstrate the feature’s potential. The “proof of concept” short could also be a scene excerpted from the full film; a smaller story that takes place in the feature’s world; or a prequel, sequel, or similar storyline.

In addition to its role as a calling card, this sort of short helps potential financiers, catch the vision of the maker and gets them excited to fund the full film.

Often short films make an easy entry into the world of national and even international film festivals as compared to feature films. This exercise not only gives confidence to the short filmmaker but also builds his or her portfolio, showcasing their style of filmmaking and more often than not giving them worldwide recognition and even awards. Submit your short to festivals to enhance the laurels, build your credibility and thus your appeal to financiers.

Generally speaking, short films cost far less than features to produce. They’re the safest form of filmmaking to explore and even fail.

As said by a renowned short filmmaker Michael Lukk Litwak who recently showcased his film at BIFF – Bermuda International Film Festival – “There’s a lot of pressure. If you make a ten million dollar film and you mess it up, no one’s ever going to give you ten million dollars ever again. Whereas if you make a short for a thousand dollars and it’s a bust then it’s the only thing you’ve lost is maybe five or ten days of time and $1,000.”

So if you are a budding filmmaker, increase your chance of becoming a full-fledged filmmaker by trying your hands at short filmmaking first. You can get recognized in the world without spending too much. Get in touch with experts now for more guidance!